Why magnetic perpetuum mobile does work?


After some time I am back with some new thoughts about magnetic self-propelled engines.

Well, magnetism is very attractive energy because you cannot smell it, see it, feel it, but you can prove it exists. It's kinda magical - invisible force, repulsing and attracting metal...like a magic and magic can be used to make perpetuum mobile, right?

Perpetual motion in it's strict sense does not exist. In our 3+1 dimensional world we can only use 3+1 dimensions of energy, which is my definition of famous energy equation. Simply put, it means energy cannot vanish, nor can it be produced out of nothing. But if this is so obvious, why bother writing it again gozillion times? Because maybe, if you follow my explanation below, it is all NOT so plain as it seems...

Now, my definition of 3-dimensional energy limit (ok, +1 dimension, time line, which is crucial, but so self-evident that we can left it out of equation) does basically NOT limit itself to energy flow, but rather suspects, that energy actually CAN vanish and gather from nothing, but only for limited perspective observer.
What does that mean?
For example: imagine 2-dimensional world, where there living people onle know left-right and forward-backwards movement. If you step into this world from above, which is absolutely normal for us, those poor people in 2D world would not possibly understand, where your foot came from. 3rd dimension is unknown to them and only thing they could came to is that your foot came out from nothing.
And when you step back, your foot would vanish, gone, without any trace of existence. And the 2D nation would have not instrument nor any knowledge to even deal with the fenomena. Makes sense?

So the only logical conclusion is to claim, that energy cannot transform into nothing, nor it can be produced from nothing is only valid within 3-dimensional limits. As soon as you pass the 3D limit, energy DEFINITELY CAN come out of nothing and vanish into nothing without a problem. The only rule persists that we cannot detect the vanished energy...nor measure the potential of stored energy levels in other dimensions.

From the above example it is understood, that matter and energy transitions between different dimensioned worlds IS possible in the way from upper dimension downwards. Meaning, 3D energy or matter can have influence in 2D worlds, while vice versa is at no avail. 2D world does not posses the force or anchor to move an object in 3D world, because all 3D objects have mass, which is unknown force in 2D world, non existent, so it is logical that there can be no influence from 2D world upwards into 3rd dimension. 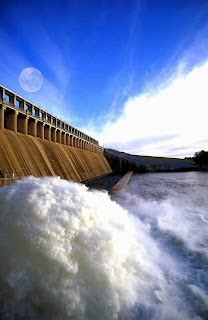 As we are living in 3D world and we consider time line being 4th dimension, our mind actually percepts the brilliance of energy transitions thru dimensional aspects. It's daily practice, in fact. Let's see...take a pot full of water, heat it to boil and voila!...you've got 3D container (pot), full of energy (hot water), which came in via 4th dimension (heating with time). If you had no 4th dimension (time), we'd have no hot water, right?
So it's the plain and clear example how energy can accumulate in 3 dimensions using some input of another dimension.

Now, let's repeat the experiment, but instead of using 4th dimension (time), let's heat the water during 5th dimension. Huh?
But hey, why not? Can you prove it's not possible? Ok, neither can I prove it's possible, but what I CAN do is to prove it has something to do with accumulated energy in permanent magnets.

Permanent magnetism as perpetuum mobile?
If we jump to the beginning, I claimed perpetuum motion is not possible...unless energy comes from another dimension, right? As crazy as it could sound, on the other hand it is very, very likely.

Let's prove it, plain and simple as before:
First, measure the energy, needed to magnetize neodymium magnet. Put this magnet on the table, stick 4 sticks on each side, so to get vertical limiters, and put a metallic ball of proper size inside this cage, so it would levitate above the magnet, being repulsed by magnetic force.
Now, let it flow.
How long will it take to consume all the magnetic energy? Does any physicist have an answer to that question? I mean, some equation to calculate the magnetism worn-out time?

Next step is to use electric magnet instead of neodymium permanent magnet. Well, in this case we CAN measure the exact energy needed to levitate the metal ball.

Now compare - draw a graph, where the vertical line would be the COST of electric energy (for electric magnet) and purchase PRICE (for neodymium magnet), and horizontal line would be time line. As you can see, there is certain point of time where the cost of neodymium permanent magnet drops and keep dropping way below the cost of electricity, needed to power the electric magnet.

The principle of near-to perpetuum motion using permanent magnetism is thereby proven!
Agree or not?

...but why noone has done it already?
Explanation might be  - again - very simple: all magnetic-based engines I found on internet, and all presented principles have one common goal - make a rotor rotate indefinitely. But you cannot do it with permanent magnets! You can only make rotor spin till the breaking point, then reset device, and repeat, because you do not have dynamics of electric triggering, but instead have only static, permanent force, which cannot be self-rotating.

Read about my MHE - Magnetic-Hybrid Engine and Pico STARMAG - Spiral Tunnel Asynchronous Repulsion Magnetic Generator inventions, which may change the power generation in near future.

To continue my research and develop a real machine, based on my theory, I will need at least 30.000 EUR. Please, if you can donate at least few bucks, I will be very happy!
Of course you can always call me or drop me an email, and I'll be happy to keep you updated with the latest stage of the project. Please, do, your interest would mean a lot to me!